The birth of OsiriX 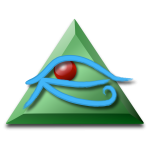 The OsiriX project started in November 2003 when Antoine Rosset MD, a radiologist from Geneva, Switzerland, received a grant from the Swiss National Fund to explore and learn about medical digital imaging. At first, the goal of the OsiriX project was to simply write a small software program to convert medical imaging DICOM files to a QuickTime movie file, in order to help a radiologist friend to create a teaching files database. But soon, Antoine Rosset realized it could do much more.

In June 2004 the first version of OsiriX was released on Antoine Rosset’s personal homepage. At that stage, it only offered a basic database and a simple medical images viewer, without post-processing functions or measurement tools. But that was enough to get noticed: an article about the OsiriX project was published in June 2004 in the Journal of Digital Imaging and became a reference. But Antoine Rosset came back to the Geneva University Hospital in Switzerland in October 2004 to continue his career as radiologist.

That’s when Joris Heuberger, a Math and Computer Sciences major from Geneva, joined the story in March 2005.

In June 2005, during Apple’s Worldwide Developer Conference (WWDC) in San Francisco, OsiriX team received two prestigious Apple Design Awards: Best Use of Open Source and Best Mac OS X Scientific Computing Solution It was already becoming the reference in medical images viewer that was going to inspire many others, athough never equal to the original. 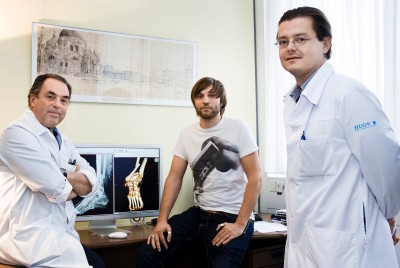 In 2009, OsiriX became the official DICOM viewer for the Radiology Department of the Geneva University Hospital thanks to the support of Professor Ratib who had returned to Geneva a few years earlier as Chairman of the Nuclear Medicine service.

In March 2009, Antoine Rosset, Joris Heuberger and Osman Ratib created the OsiriX Foundation to promote informatics in medicine. This non-profit foundation offers grants to students for developing software in medicine and organizes awards to stimulate development in digital imaging and post-processing.

Thank you to our

for their support and contributions,
that helped OsiriX become the reference in medical imaging.

We use cookies to ensure that we give you the best experience on our website. If you continue to use this site we will assume that you are happy with it.OKCookies Policy